Meet Jack and Sawyer. My head-case rescue dogs that I’ve had now for over nine years. 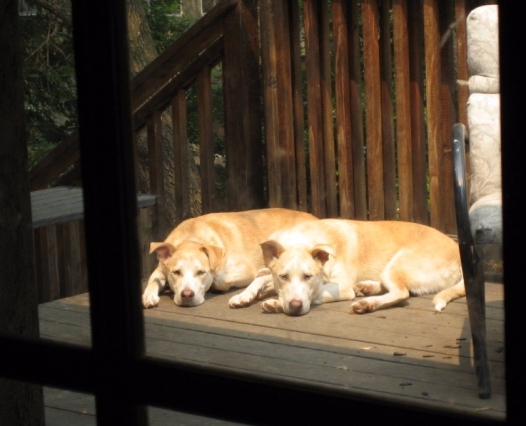 Well, they were head-cases. Now they are well-adjusted, borderline-friendly pups.

That’s Sawyer on the left. Sawyer is an ultra-sensitive, timid, attention whore. And I think he has OCD.

More than a year ago, my husband and I started waking up to our bathroom rugs being bunched up in a pile on the bathroom floor every morning. Every. Morning. Curious.

At bedtime, the rugs were laid out flat. Jack and Sawyer were curled up on the double-size dog bed on my side of the bed – like so: 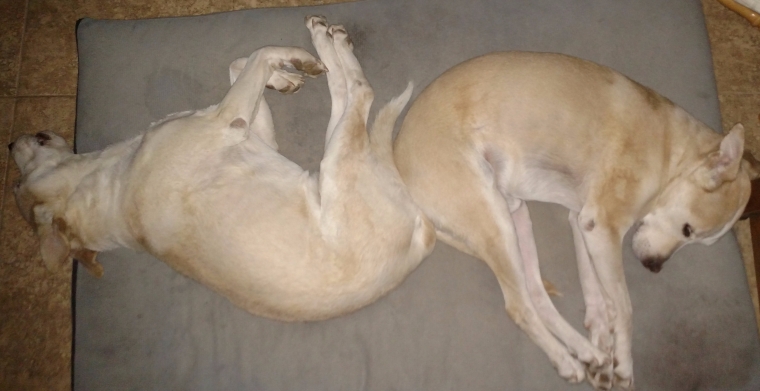 Anyway, several months ago, I awoke in the middle of the night to the sound of one of the boys getting up and going into the bathroom…and digging at the rug. By the light of my phone, I could see Jack, sleeping peacefully next to me. Then, once he’d completed his task, Sawyer ambled back to his bed, curled up, and went back to sleep. 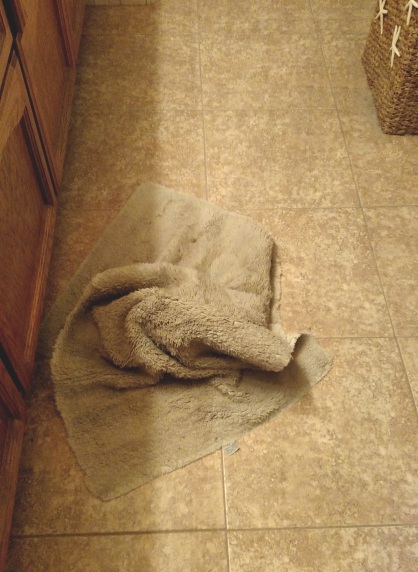 And, because, apparently he can’t sleep if he doesn’t mess up both rugs in the bathroom, Exhibit B: 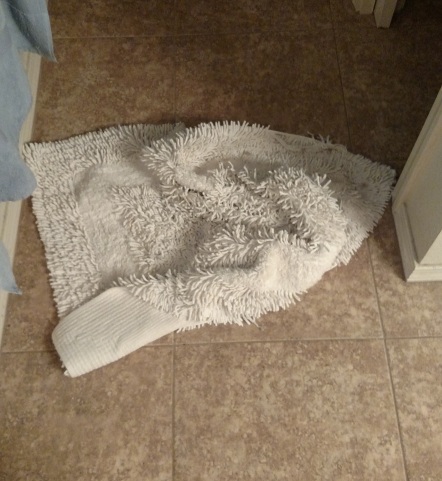 He wakes up in the dead of night, goes and messes up the rugs, and goes back to bed. Every single night.

So, the obvious question surrounding Sawyer’s nocturnal activities is WTF?

Is he dreaming that he’s making a daring prison escape? Does he hear termites in the foundation? Does he subscribe to Chaos Theory and feels the need to make a small, nightly gesture to his ideology?

Sigh. Alas, we may never know. Where’s Sarah Marshall when you need her? 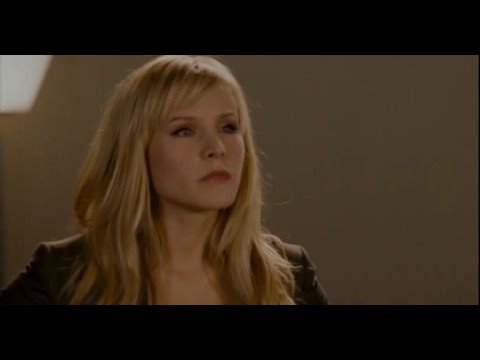 1 comment for “I Think My Dog Has Obsessive Compulsive Disorder.” 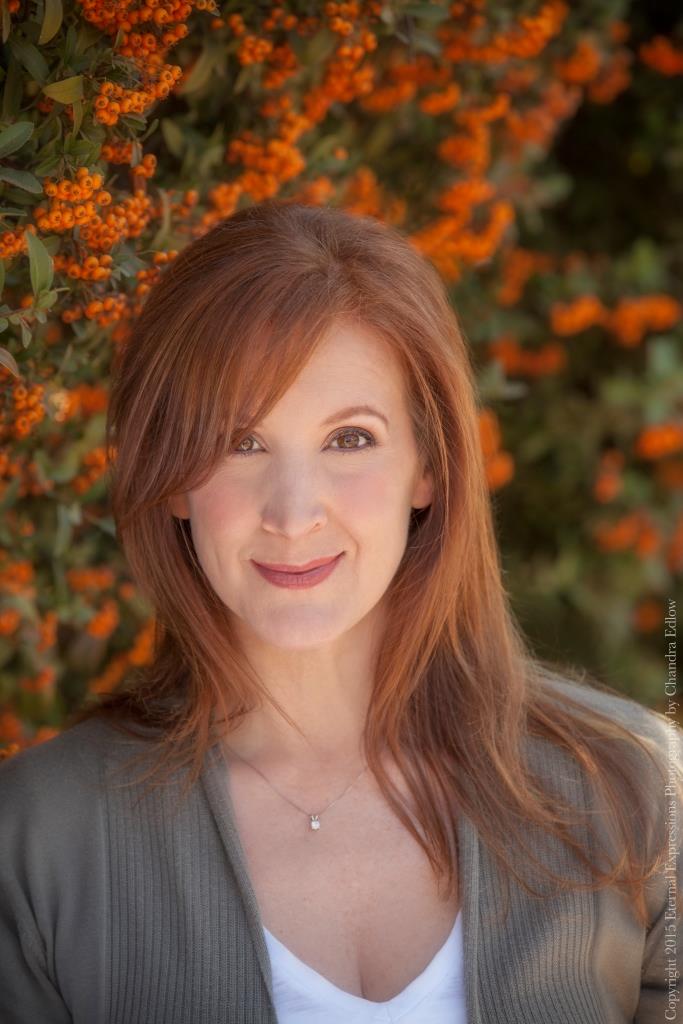 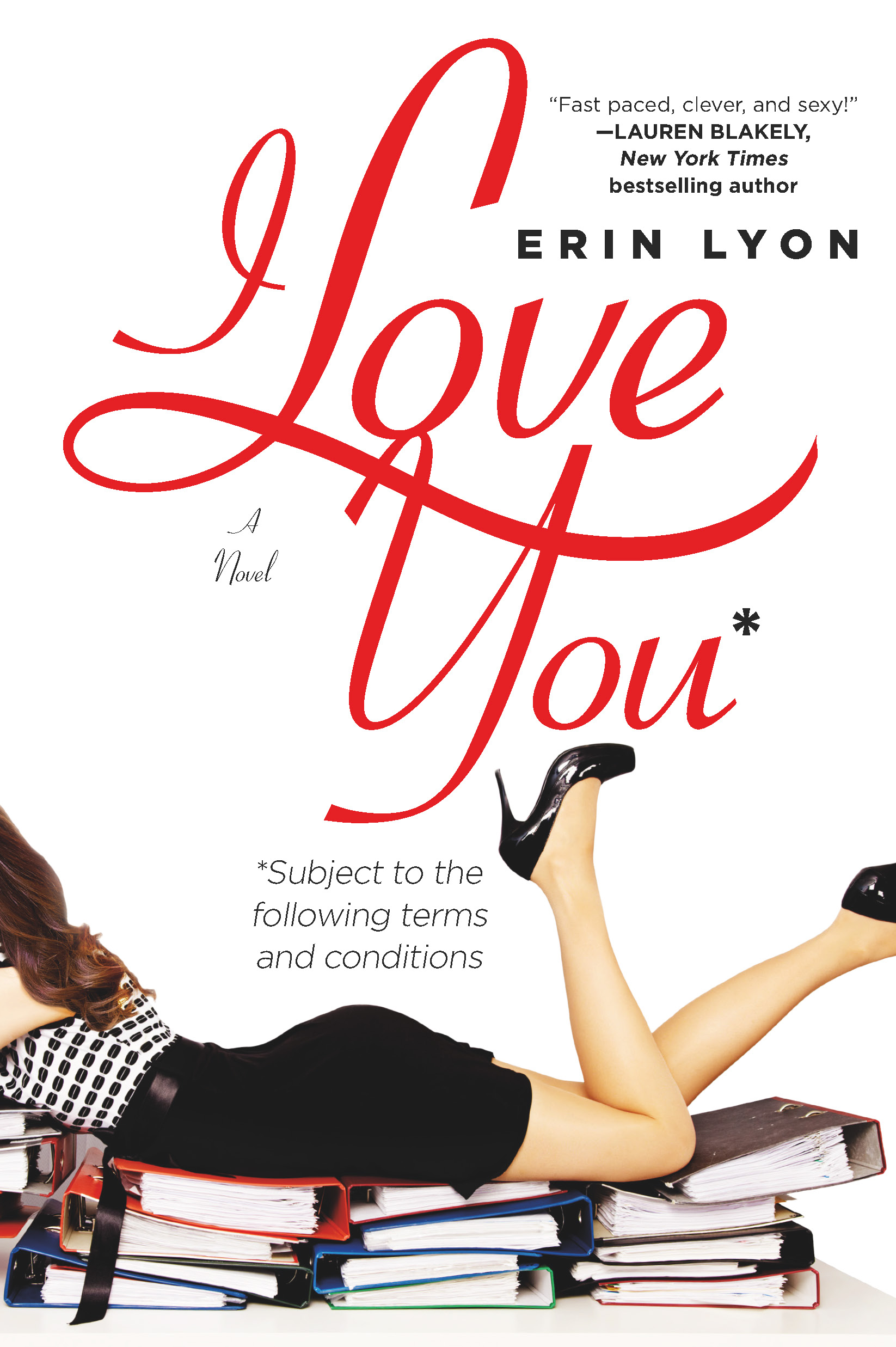 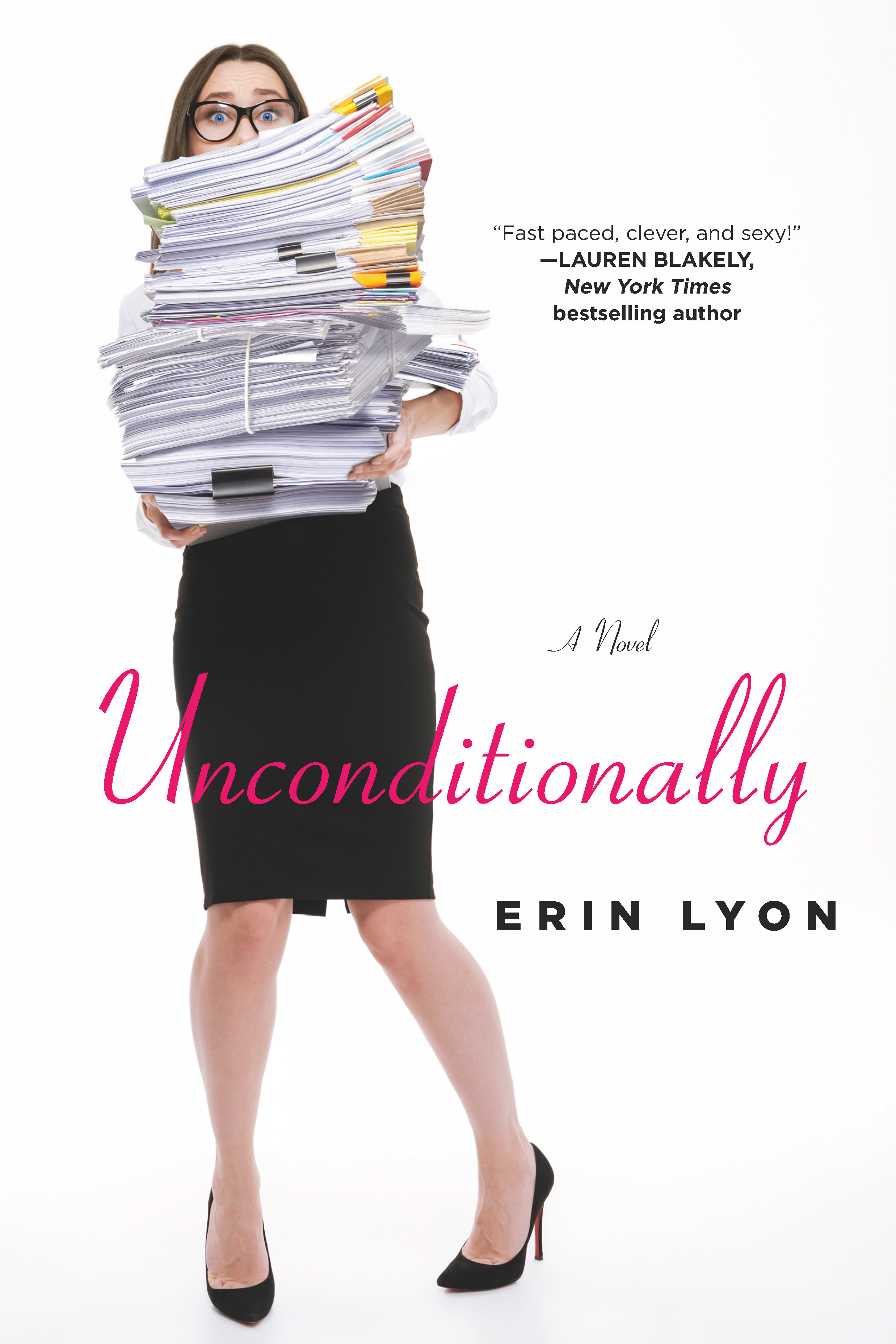